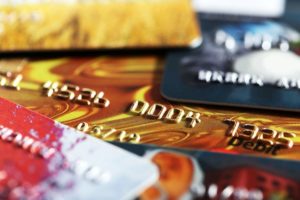 The Financial Conduct Authority (FCA) has this week published its final policy statement on new rules for the credit card market. The FCA estimates the changes will save consumers between £310 million and £1.3 billion a year in lower interest charges. The new rules are now in force, but firms have until 1 September 2018 to comply. The changes will provide more protection for credit card customers in persistent debt or at risk of financial difficulties. The changes are being introduced following a comprehensive study of the credit card market. The study analysed the accounts of 34 million credit card customers over a period of five years, and surveyed almost 40,000 consumers.

Figures show that customers in persistent debt pay on average around £2.50 in interest and charges for every £1 that they repay of their borrowing. There are a total of 4 million accounts in persistent debt and firms have few incentives to help these customers because they are profitable. Under these new rules firms will be required to take a series of escalating steps to help customers who are making low repayments over a long period, beginning when the customer has been in persistent debt over 18 months. After this time firms need to contact customers prompting them to change their repayment and informing them their card may ultimately be suspended if they do not change their repayment pattern.

Once a consumer has been in persistent debt for 36 months, their provider will have to offer them a way to repay their balance in a reasonable period. If they are unable to repay the firm must show the customer forbearance. This may include reducing, waiving or cancelling any interest, fees or charges. Firms who do not comply with the new rules could be subject to action by the FCA.

According to the latest figures published by UK Finance, Gross mortgage lending in January is estimated to have been £21.9bn, 9.7 per cent more than a year 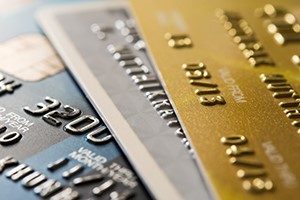 earlier. Card spending was 5.8 per cent higher than in January 2017, although higher repayment levels meant that the pace of borrowing saw little change, growing at 4.8 per cent annually. Meanwhile UK businesses’ deposits grew by 7 per cent in the past 12 months, while borrowing over the same period contracted slightly by 1.4 per cent. Within business sectors, manufacturers’ borrowing expanded modestly, while construction and property-related sectors contracted.

Higher levels of repayments on credit cards is expected at this time of year as customers pay off their festive spending, meanwhile, households were careful with their outgoings as wage growth remains below the inflation rate. The increase in gross mortgage lending of almost 10 per cent compared to the same period last year, and higher than the monthly average, was a direct result of customers who took advantage of mortgage deals on offer at the end of 2017.

UK Finance suggest that business sentiment remains positive with confidence in short term trading conditions buoyed by the recovery in international markets. Investment levels remain broadly unchanged and borrowing continues to err on the side of caution, as companies adopt a ‘wait and see’ attitude to trading uncertainties, opting to use their deposits as buffers for spending decisions. 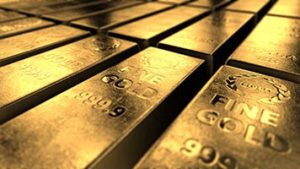 The jaw-dropping value of possessions owned by the UK’s 27 million households, and the amount that is uninsured is laid bare this week by the Association of British Insurers. The value of the UK’s household contents is now nudging towards £1 trillion (one million million: £1,000,000,000,000), with the value of possessions owned by all UK households now worth £950 billion – that is more than central government’s entire spending last year (£675 billion), more than the combined value of all homes in Scotland, Wales and Northern Ireland (£630 billion) and eleven times greater than the wealth of the world’s richest man – Jeff Bezos, founder of Amazon (£84 billion). And if you remember back to the financial crisis of 2008, its greater than the Government bail out of the banks (£850 billion).

Worryingly, with over a quarter (28%) of households without home contents insurance, this could leave £266 billion worth of possessions uninsured against risks such as theft, fire, flooding and accidental damage. This despite the fact that the average cost of home contents insurance, at £141 a year, works out at less than £3 a week, with the weekly cost of a combined buildings and contents policy less than £6 a week.

According to the latest Office for National Statistics data, in England as a whole, 1-year survival estimates for cancer patients were above 75% and 5-year 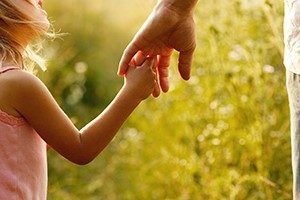 survival estimates were above 50% for the majority of cancer sites, with the exception of cancer of the lung, oesophagus and stomach. The highest 1-year and 5-year survival estimates in England, from the 14 cancer sites observed, were in prostate cancer for men (96.3% and 88.3%, respectively) and in breast cancer for women (95.6% and 86.0%, respectively) diagnosed between 2011 and 2015.

For the 10 cancer sites recorded for both sexes, 1-year cancer survival is generally higher in men than in women, except for kidney cancer, lung cancer and non-Hodgkin lymphoma. Kidney cancer survival for both men and women was the same at 76.6%. Lung cancer survival was 35.4% for men compare with 42.0% for women, while non-Hodgkin lymphoma survival was 78.0% for men and 80.5% for women. For lung cancer, this can be attributed to difference in cigarette consumption between men and women as discussed in Cancer Registration Statistics, England: 2015.

The largest difference in 1-year survival between men and women was for bladder cancer (13.1 percentage points): at 78.7% for men and 65.6% for women. This sex difference in bladder cancer survival has been reported worldwide and a number of reasons such as tumour biology, sex hormones and earlier diagnosis in men have been suggested to explain the difference.