Your Data, your choice

Today marks the biggest change to UK data protection law in a generation. The General Data Protection Regulation (GDPR) is an evolution of the cu 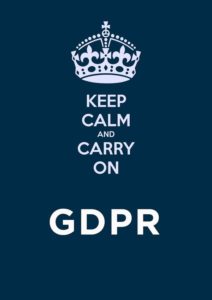 rrent Data Protection Act (1998) and comes into effect. Regulated by the Information Commissioner’s Office (ICO), the new law gives people more control about how their data is used, shared and stored and requires organisations to be more accountable and transparent about how they use it.
For the last two years, the ICO has been helping organisations prepare for the new law by producing guidance and targeted online resources, holding and speaking at dozens of events and setting up a dedicated helpline for small businesses. Now it is launching a long term campaign to help people understand why their data matters and how they can take back control.
The collaborative public information campaign ‘Your Data Matters’ aims to increase the public’s trust and confidence in how their data is used and made available. The ICO highlights that almost everything we do – keeping in touch with friends on social media, shopping online, exercising, driving, and even watching television – leaves a digital trail of personal data. People should know that sharing their data safely and efficiently can make their lives easier, but that digital trail is valuable. It’s important that it stays safe and is only used in ways that people would expect and can control.
The GDPR gives people more and stronger rights when it comes to their personal data. Your Data Matters will help people understand how they can exercise those rights. The ICO has collaborated with a range of public and private sector organisations to produce publicity materials that can be used by anyone wanting to spread the message to their customers or clients. The ICO has also launched a new Twitter account for the public, @YourDataMatters, to complement its successful @ICOnews account, which has 63,500 followers.

Slow Down in the City

According to the most recent data from the Office for National Statistics average UK house price annual growth has remained steady recently between 4 – 5%. Over recent years, UK house price growth has been strongly driven by London. However, the rate of growth in London has been slowing down, and is now appears to be negative for the first time since 2009. 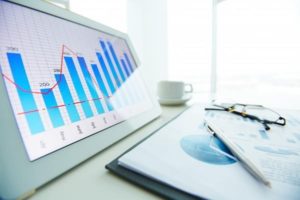 In the case of London, the ONS highlight a fall in demand relative to supply meaning the market is reaching a new equilibrium with a lower price, so more people should be able to afford to purchase a home. One challenge is that the supply of houses is not necessarily straight-forward. Its slow, expensive and subject to numerous planning regulations by national and local government with reforms to Stamp Duty Land Tax (SDLT), along with reductions in mortgage interest relief, contributing to an increase in price particularly for second-home buyers – this includes those buying with buy-to-let mortgages, for instance. This partly explains why demand was already falling from the spring of 2016, when these changes took effect.
The ONS observations suggest that the fact that the UK voted to leave the European Union may have deterred foreign buyers, not only from the EU but also further afield. For Europeans, there has simply been a fall in demand as net migration from these countries has fallen. For many overseas buyers (and indeed some domestic buyers), a house in London isn’t just a home. London property is an asset which usually turns a profit (either to let, or to sell later) much higher than elsewhere in the UK, as evidenced by the relatively high foreign ownership. With the referendum and subsequent uncertainty regarding Britain’s political and economic environment, perceptions of the future value of London property have been adversely affected. This is what you might call a fall in ‘speculative demand’.
As an incentive Chancellor Philip Hammond announced the abolition of SDLT for first-time buyers in the last Autumn Budget. Given the average house price in London is £472,000, this is more likely to benefit home-buyers outside of London, as the relief only applies to properties worth up to £300,000.

The average price of a flat in the UK has risen by £75,074 over the last five years, equivalent to £1,251 per month, according to new research from Halifax. Despite their popularity dipping, the average price of a flat has grown from £157,061 in 2013 to £232,135 in 2018. Flats now account for 15% of all home sales. Although six in every 10 property sales last year were either terraced or semi-detached properties, flats have increased in value by 48%, compared to 39% for all property types over the same period.
Meanwhile, terraced homes have seen average prices rise by £60,482 (41%, the second largest increase in percentage terms) since 2013, while detached homes recorded an increase of £73,638, although this is the smallest increase in percentage terms at 27%. Terraced properties remain the most popular property type among first-time buyers. However, the proportion of sales has cooled slightly over the past five years from 40% to 37%, whilst the popularity of detached properties has increased from 6% to 8%. Terraced homes remain the most affordable property type in the UK with an average price of £208,311, followed by semi-detached (£225,123) and flats (£232,135). It’s a different story outside London, as flats are the most affordable properties (£166,386), followed by terraces (£184,529).
However, only buyers in the North can snap up a terraced home for less than £125,000 – below the lowest stamp duty threshold – with terraces in the region costing £116,740. Five years ago, seven regions had the average price for a terraced home below £125,000. Flat prices in London have more than doubled over the last five years, contributing significantly to the national increase. The average price of a flat in the capital now stands at £393,235 – £276,377 more than flats in Wales (£116,858). Despite a rise in value, the popularity of flats appears to be waning across the regions. They are the best performing property in only two out of 11 regions – North West (51%) and the South East (50%, joint top with terraced homes).

People in the UK are under-protected should serious illness strike, according to new research from Scottish Widows. Despite more than a fifth (21%) of people admitting their household wouldn’t survive financially if they lost their income due to long-term illness, fewer than one in 10 (9%) have a critical illness policy. People are, in fact, more likely to insure their mobile phones (12%) than to protect their own health.
Taking out life insurance also appears to be falling down the population’s priority list, with just 27% having a life policy, equivalent to 14 million people. This has dropped by 7percentage points compared with 2017, a year-on-year decrease of 3.6 million individuals.

This is an especially precarious position for the two-fifths (42%) of UK households that are reliant on just one income, and it’s clear that many are in lack of a ‘Plan B’. Despite 43% of people saying they’d rely on their savings if they or their partner were ill and unable to work, a third (35%) admit their savings would last no more than three months if unable to work and more than half (54%) say they’d last no longer than a year. Three in ten (30%) – or 15.5 million people [3] – say they aren’t saving anything at all.
One in five (19%) say they’d rely on state benefits if they or their partner were unable to work for six months, but at a time when welfare reform is resulting in significant changes to benefits such as child and working tax credits, income-based job seeker’s allowance, income support, housing benefits and bereavement benefits. On top of this, people are leaving themselves and their families unprepared for other aspects of illness or bereavement. One in five (20%) people aren’t sure who would take care of them if they fell ill, and nearly half (48%) don’t have the protection of a will, power of attorney, guardianship or trust arrangement in place for their families.
The research also reveals that a lack of trust and understanding could be contributing to the UK’s protection gap. On average, people think that just a third (34%) of individual protection claims are paid out by insurance providers each year, based on the misconception that insurers will do anything not to pay. In reality, however, virtually all protection insurance claims (97.8%) were paid in 2017. In addition, almost four-fifths (78%) of people are unaware that cover often comes with practical advice and emotional care, as well as financial support, without having to make a claim.