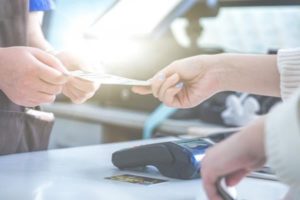 According to UK Finance, spending on cards was 1.2 per cent lower than in March 2017 with repayments outstripping new lending in the first quarter of 2018. Outstanding levels of credit card borrowing have grown by 5.8 per cent over the year. Gross mortgage lending in March is estimated to have been £20.5bn, 2.3 per cent lower than a year earlier with the number of total mortgage approvals falling 15 per cent driven by a 21 per cent reduction in house purchase, compared to a year earlier. Growth in personal deposits has grown by 1.8 per cent over the year, slightly down on the previous six-month average of 2 per cent.

These statistics tend to reflect improved optimism amongst manufacturing firms, who are taking advantage of the competitiveness of sterling and strengthening global economy to expand overseas. Overall lending to businesses of all sizes is marginally up year on year. However, borrowing in the construction sector has contracted, affected by the unusually severe weather. This mixed economic outlook is expected to continue in the coming months, as rising wages and output growth are counter-balanced by uncertainty over Brexit impacting on longer-term investment decisions.

New research from MBNA confirms that people in the UK continue to invest in themselves. Allmost two thirds (64%) indicate that they will spend the same or more on wellness – the pursuit of physical, mental and social wellbeing – throughout 2018 as they did last year. The latest MBNA figures back up forecasts from Price Waterhouse Coopers, which suggest that people are estimated to spend £24bn per year on wellness by 2020, up from £20bn in 2015.

Almost three quarters (74%) of those surveyed opt to spend up to £100 each year on wellness. And while it doesn’t have to cost a penny, there 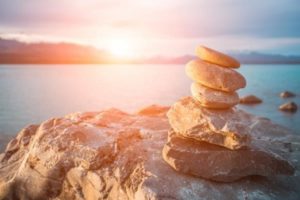 are many different products and services that are tempting us to transact our way to tranquility. More than three in five (63%) spend on nutrition such as organic food, health food subscriptions and vitamins, while 50% have bought a digital activity tracker or downloaded an app to find wellness at the touch of a button. Almost a quarter (24%) have found calm in colouring or dot-to-dots, just over one in five (22%) have bought mindfulness books and magazines and almost one in six (16%) have been to a yoga or meditation class.

Motivations for opening our ‘wellness wallets’ vary too. Of those surveyed, a third (32%) want to feel better about themselves, while 29% want to feel healthier and 28% want to reduce or get rid of stress. 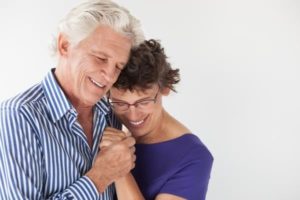 The Association of British Insurers (ABI) has released a new report with a five point plan aimed at engaging consumers with their retirement options far earlier in their life than is currently the case. Three years on from the dawn of pension flexibility reforms, the ABI is stepping up efforts to ensure that consumers are getting the best out of their retirement. The report is fuelled by concerns that over half of fully withdrawn pension pots are not spent, but are moved into other savings and investments which could mean consumers are paying too much tax, whilst missing out on compound investment growth.

Retirement decisions are complex and consumers need help to understand their options, identify goals for retirement and how to achieve them. The ABI’s five point plan promotes active consumer engagement – empowering consumers to make their own, well-informed decisions through improved communications and use of guidance. At the core of the guidance are recommendations for tailored and phased customer communications throughout a saver’s life, a mid-life MOT, methods of prompting more people to use guidance, making the retirement risk warnings fit for purpose and finally introducing improvements to communications once someone has retired.

Pension freedoms were designed to put more power into the hands of consumers, but this flexibility also increased the complexity and risks that consumers face. The ABI’s recommendations are for interventions that will transform the way people interact with their pension pots and help people navigate their choices. They are calling on a number of stakeholders to help the industry to deliver the practical steps needed to make these interventions happen. Whereas acute medical conditions (such as heart attack/cancer) and musculoskeletal conditions both account for 15 per cent of short-term absence, stress and stress-inducing situations compound as the main reason why employees are unable to go to work. The research asked 500 HRs the key reasons for short-term absence within their organisations, home and family issues accounted for 20% closely followed by child care issues at 17%. Acute medical conditions (e.g. heart attack/cancer) were the cause for 15% of responses as was musculoskeletal (including back pain).

Stress affected 12% and looking after elderly relative affected one in ten Companies that believe their absence is higher than the average for their industry also cite stress as a major reason. 27 per cent believe work-related stress contributes to a higher-than-average absence. Stress-inducing situations are also seen as a contributory factor. Dealing with staff shortages (29 per cent), poor work/life balance (20 per cent) and low morale (19 per cent) were all given as reasons for higher absence.

Employers also recognise the extent to which healt